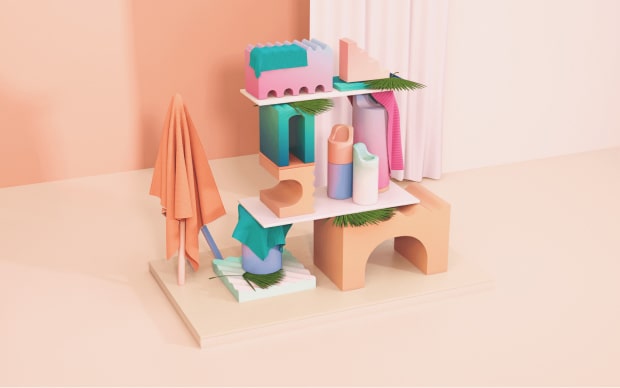 As I told you in the previous article, today we are going to see the Chicago School, an architectural style of the American city that was developed at the end of the 19th century and beginning of the 20th century, which introduced new materials and techniques, but the best thing of all is that it initiated the skyscrapers, although in its beginnings they did not exceed 12 floors.

It doesn't have much to do with industrial design itself, which is what we've talked about so far, but I think this change that took place at the time is very interesting, and it's not bad to get out of it, besides which you already have something to look forward to when you see a skyscraper.

This style arises because in the United States there was not that concern for history that there was in Europe, which meant that they had more freedom when it came to creating, and it was also growing economically; But the beginning of everything is The Great Chicago Fire of 1871, which left the city destroyed as the great majority was built with wood, so new buildings were created that had not been seen before because there were no deep-rooted traditions, and as there was a great increase in the price of land, due to the great demand, construction was stopped horizontally to be done vertically (a good way to save some money ), which they were able to afford thanks to the invention of the lift around the 50's, making the most of the space.

All this gave rise to a school that followed these characteristics:

All of this shows us that the functional (and the minimum expense, in case it has not already been made clear) is clearly going to come before the aesthetic.

The 1893 World’s Columbian Exhibition in Chicago gave the opportunity to present all this to the world, but from that moment on classicism returned; although these models expanded to other cities, such as New York, famous for it. As a curious fact, the first European skyscraper is located on the Gran Vía in Madrid, the Telefónica Building, built by the architect Ignacio Cárdenas between 1926 and 1929.

Among its architects, William Le Baron Jenney, the "father of skyscrapers" and creator of the Home Insurance Building in 1884, the first building built with an iron skeleton and protected against fire by the union of stone and metal, with only 10 floors. In addition to Henry Hobson Richardson with his Marshall Field's Wholesale Store, from 1887, very simple but with different shapes and sizes, and with a style that still connects with the past and the temples.

Without forgetting Louis Sullivan, to whom we owe the famous phrase "form follows function", which is the most outstanding one as he contributed the design of different types of skyscrapers, with the interior structure of iron under an attractive masonry wall, like the Carson Building, decorated with vegetal reliefs that remind us of Art Nouveau; One of its most outstanding works is the Auditorium, from 1887 to 1889, a colossal opera house that also includes offices, shops and hotel rooms, today a university.

I leave you with this link, which of those I have found is the one that goes most deeply into the subject: http://npshistory.com/publications/chicago-school-of-architecture.pdf

‍Locating features or content on a website or in an app happen in two different ways: finding (users look for the item) and discovering (users come across the item). Both are important, but require different user research techniques to evaluate. Aurora Harley

Copying (is the way design works)

‍To buy furniture in 1950, you had to choose between affordable and enduring, between rugged and fashionable. Charles and Ray designed a chair that was all the above and sold it for $20.95. They called it the LCW. Matthew Strom‍‍

Bridging design and code with Variants

‍We’re excited to introduce Variants, which lets you combine variations of the same component—simplifying the asset panel and mapping components more closely to code. Kelsey Whelan

‍Product designers and engineers frequently ask our team to add features to our messaging components. They say something like: “I want to use this component, but I need you to add a button to it.” Linzi Berry

Somehow everyone expects creatives to learn in their free time, which you should dedicate to recharging the batteries, spending some time with the family, or do nothing at all. überdosis

After months of hard work, we’re proud to introduce Anima 4.0! The first design-to-development platform. In a nutshell, Anima has evolved into an end-to-end solution that transforms the design-development handoff into a continuous and integrated process.‍

Overlay is a plugin to transform your Figma components and Sketch Symbols into clean and reusable React/Vue/HTML code.‍